Why sit or walk while mowing when you could stand? Some lawn care professionals and landscapers even say standing is the best way to mow! Their main popularity is their compactness and ability to mow quickly in smaller yards. That is why you will typically see the stander style mowers near bigger cities where the homes are big and the yards are tight. Also, standing mowers are better for your back. As you mow, your feet and legs receive the shock absorption instead of your lower back. It might seem strange, but it takes a toll on your body if you are using a sitting mower. The stander mower is also built without seatbelts or arm rests so you can easily exit from the standing mower if you need to pick up debris or need a quick getaway in the case of an emergency. There is another factor that we think is really cool here at Honey Brook Outdoor Power. The stander mowers are exceptional on hills and that is the only type of mower we would feel comfortable recommending to our customers for their hilly yards. In fact, believe it or not, these can climb hills and banks that you could not even stand on. Stander mowers are a very niche mower, for a very specific customer - but if you're running into any of the above mentioned issues, the stander mower may be right for you. Two standers in particular we like: The Wright Stander, and our very own Ferris Stander.

The first "Stander Mower" was invented out of necessity for, Bill Wright, owner of Wright Manufacturing then lawn maintenance company, "Lawn-Wright." Bill’s mowing crew members were walking behind their mowers up to 20 miles a day, fatiguing and slowing down as the hours went by. In order to keep his workforce happy, less tired, and more productive - Bill was inspired to develop a stand-on sulky for commercial walk-behind mowers with his mower mechanic, Jim Velke, which is now known throughout the industry as the "Velke." However, as technology and demand grew Jim and Bill had the idea to take the sulky concept one step further and began developing a new type of never seen before riding lawnmower that would allow the operator to stand up while mowing. In 1997, the first Wright Stander® rolled off the assembly line. Everyone, who is anyone in the lawn care industry knows about the Wright Stander and they are coming up on their 20th Anniversary, congratulations to them.

Many manufacturers tried to compete with the Wright Stander, working around the patents that Wright had protected, but nobody's version worked like a Wright. In 2016, Wright left the patents run out and Ferris is the first competitor to come out with, what we feel, is a really well rounded stander mower. The Ferris SRS Z2 Stander just came out late last year and is quickly gaining popularity among the stander mower crowd. The Scag Stander, aptly named "V-Ride" is slowly climbing the ranks as well. Scag still commands one of the best mower decks in the industry, mixing that with a stander style frame, perhaps creating the best stander mower in the industry? Only time will tell!

If you are in the market for a new Ferris or Scag stander mower for your home, business, or fleet, we can custom order one for you at anytime. If pre-owned lawn mowers is your thing, we currently have 3 stander mowers in stock, which are sold on a first come first serve basis. Feel free to give us a call with any questions at (610-273-3131)

For more information on these units and more, visit our pre-owned equipment page 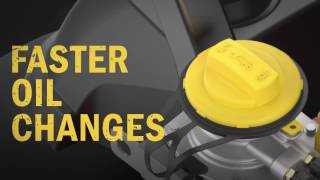